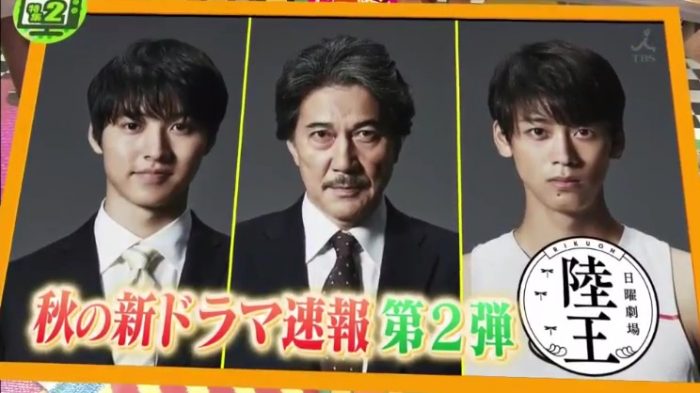 First, they showed footage from “Shitamachi Rocket” 2 years back. The same team is back with another Ikeido Jun novel adaptation “Rikuou” in the same Sunday night time slot on TBS.

Yakusho-san described the two young men as “new items”, as they were in a location filled otherwise with “old” items like old aunties and old sewing machines in an old factory =D

Yakusho-san & Kento’s very first scene together was in fact an “angry” scene, where the father got angry with the son and the son argued back lol. They also showed some footage from the birthday celebration on 8 September, the day Kento cranked in.

Kento: They celebrated my birthday for me. I’m 23 now, same age as Daichi.
Interviewer: Do you remember how the cake tasted?
Kento: Erm… it was sweet.
Takeuchi: Cakes are sweet in general. (LOL)