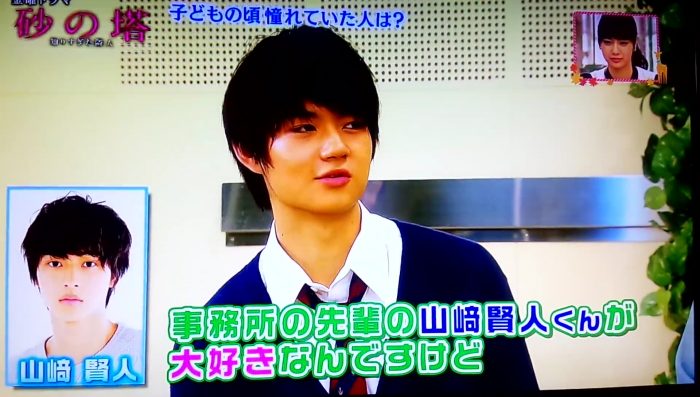 The cast of Suna no Tou were in a VTR aired on Ousama no Brunch yesterday, and they were asked who they admired when they were young. Sano Hayato, who plays Kanno Miho’s son in the drama, said he likes Yamazaki Kento, who is his sempai from the same jimusho. So, Kento has now also become someone that his kouhais look up to ne 🙂