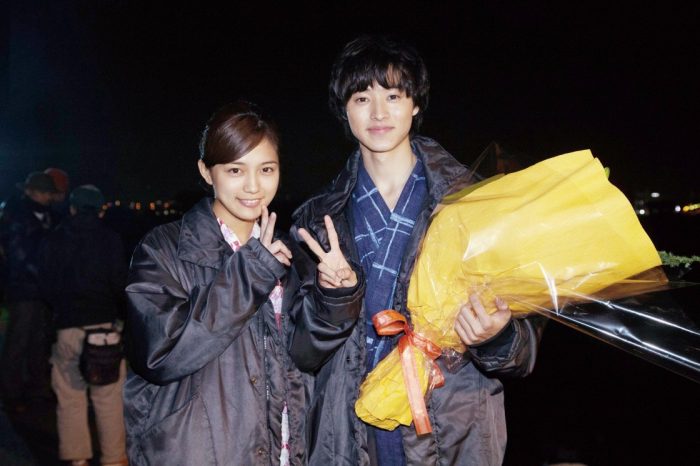 14 December, 2015 was the final day of filming of Isshuukan Friends. Kento and Haruna wrapped up their filming earlier than the rest, but they laid in wait for over two hours for Takashi and their classmates to finish filming the last (graduation) scene. When the final cut was called, the theme song “Kanade” played and the two made a surprise appearance and gave flowers to Takashi, bringing tears to his eyes.