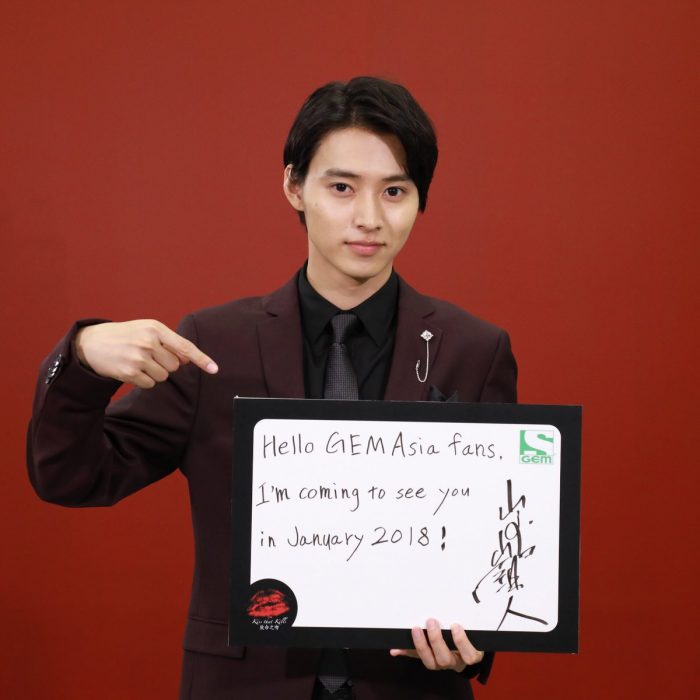 It has been decided that the drama series will also be broadcast in 6 other countries at the same time — Cambodia, Hong Kong, Indonesia, Philippines, Singapore and Thailand — on GEM TV, a paid channel operated by NTV and Sony.

On 21 January 2018, Yamazaki Kento will attend an event in Hong Kong to promote the drama.

2 thoughts on “Todome no Kiss to air simultaneously in 6 countries outside Japan, event in Hong Kong decided”