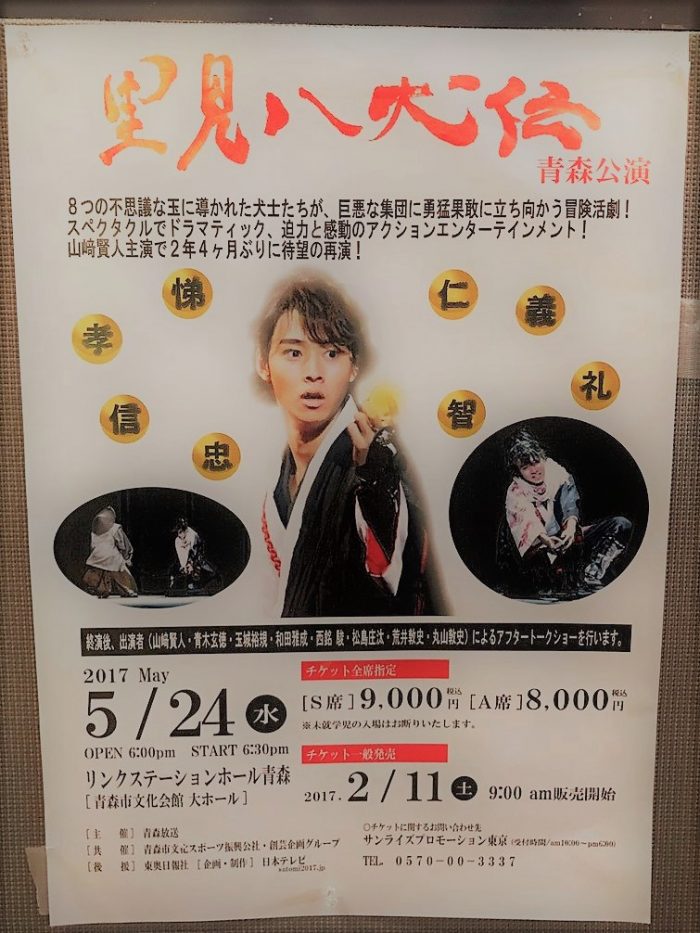 The post-show talk session in Aomori seemed a little longer than Hiroshima’s. In addition to the eight warriors, Kuriyama Wataru (Samojirou) also joined in the session. Drinking water
[The cast were called on stage one by one, and just as they got seated, they immediately started drinking water in gulps. Seems like the same thing happened in Hiroshima.]
MC: So everyone drinks water first ne.
[After a while, everyone stopped drinking — except Kento lol.]
Wada: Are you going to finish the whole thing?
Kento: *continues drinking*
All: Oh, oh, oh!? *have high expectations*

In the end, he didn’t finish the whole bottle lol.

Incident during the show
Kento: There’s a scene where after saying my lines, I had to run off the stage, down the aisles through the audience, make a turn and exit the theatre from one of the doors. But when I got off the stage, I suddenly didn’t know where to make the turn (lol) Then somehow or another, I managed to find an exit, but when I exited, right in front of me was a guest buying juice at a vending machine (lol)
MC: Did he/she notice you?
Kento: I went back in immediately so I wasn’t noticed (lol) But I was in shock (lol)

He seemed so intrigued by this that he said it 3 times lol.

About Kento’s relatives
Apparently Kento has relatives living in Aomori. The last time he visited was when he was 5 years old. He remembered catching and playing with frogs then. This time, his relatives came to watch the play. They also treated him to hirakawa beef and apple juice the day before.