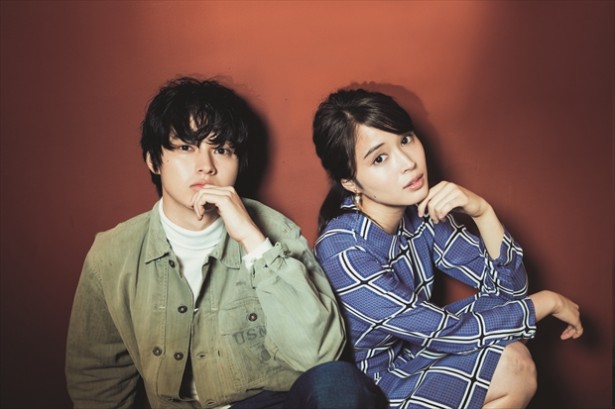 ―― You both acted together in 『Kuro no Onna Kyoushi』 and 『35sai no Koukousei』, now 『Hyouka』 is your 3rd time acting together, have your impressions of each other changed?

Kento「But this is the first time we act so closely right?」

Alice「Before this, we didn’t have any face to face scenes」

Alice「Yes, yes (lol). We were in the classrooms, but for both dramas, our seats were so far away from each other」

―― So you didn’t have any impression of each other?

Kento「They were dramas, so we were in the same classroom for 3 months each」

Kento「Totally, although we didn’t talk so much in depth」

―― This time, you had quite some time to talk to each other, right?

Alice「That’s….. He was always flirting around with Amane-kun. The two of them would go get their lunch together, they’d also go to the toilet together. They also use the same lip balm. It was like, what’s going on (lol) 」

Kento「Because we’re really close. I’m glad that he could play the role of my best friend」

Alice「It’s also my 4th time acting with Amane-kun, and 2nd time with Fujiko-chan. They helped me a lot.」 ―― What did you think when you first received the offer for this movie?

Kento「I was troubled over whether I should watch the anime or not. I’ve read the original novel, but when I watched only a little bit of the anime, I thought “Oh no, I’m being drawn by it” and decided to stop watching it」

Alice「Me too, as this movie is an adaptation of the novel, I wanted to bring out the worldview of the original source without watching the anime」

―― This movie is adapted from a very popular source, so do you feel pressured?

Alice「Why are you looking at me? (lol)」

Kento「I guess there was pressure」

Alice「Of course I thought, there are various opinions from fans of the novel and anime. On top of that, for someone over 20 years of age like me to wear a school uniform might be a little…(lol)」

Alice「Kento-kun, you are already used to wearing it right? I mean, school uniforms. For me, it’s been a while since I wore one, so at the beginning I felt that it was strange」

―― I think there were many scenes where Hirose-san used your immense gaze to request for something.

―― Once he’s pressed by those eyes, Houtarou would have to start his deductions right?

Kento「I couldn’t refuse her, you know」

―― Did you have no trouble with your lines?

Alice「Kento-kun had some difficulties with the lines involving the mystery solving, right. Like if it was locked or not, etc? 」

Kento「Ah, I guess I struggled with that」

Alice「It was a long line, right. As for me, there were many words that I don’t usually say. I mean she’s quite a civil-spoken person. But, it has a unique worldview, so it wasn’t strange once I got myself immersed in it」

――In that unique world, the school uniform you wear is a classic right?

Alice「There’s a kid called Hirose Suzu who looks just like me (lol). And she’s 19, right? Knowing about her, I felt strange about my own school uniform. It was 2 years since I last wore one, so at the beginning it was really kinda…」

Kento「But we’ve acted three times together, and it’s always been school uniformas, so it totally wasn’t strange for me at all」

Alice「But those were blazers, right?」

Alice「That was a little embarassing」

―― Yamazaki-kun, you also wore a uniform with stand up collar.

Kento「I was obsessed about that school uniform from the time I went for the fitting. I thought, ah, this is so Houtarou」

―― Finally, Houtarou’s energy-conservation and Eru’s curiosity are stronger than normal people’s. Do you both have something that’s stronger than others?

Alice「I find things bothersome. In a day, I say “this is a bother” many times. (lol). Everything from “waking up is a bother”. Even for minor things. I think I’m the strongest at finding things a bother.」

Kento「How about when you are reading mangas?」

Alice「I feel very happy about that yo (lol). As usual, my love for manga is strong」

Alice「Isn’t it your love for Amane?」

Kento「Probably that too (lol). But, my feeling of always wanting to have fun is stronger than most people.」