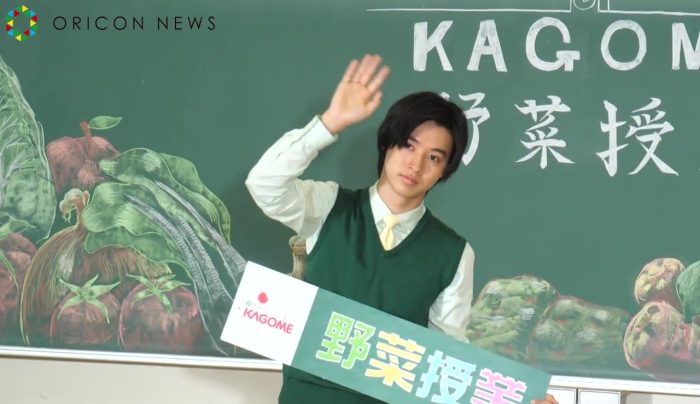 Yamazaki Kento, who plays “Yasai-sensei” in the Kagome CM made a surprise appearance and gave a lecture on vegetables at Chiyoda Jogakuen High School on 9 August. Here’s the report from Oricon News =D

And here’s one from Maidigi:

They played a game, to select a variety of vegetables that would weigh as close to 350 grams (recommended daily intake) as possible. The students’ ones weighed between 700~900g, and Kento’s was 377g ? Sasuga Yasai-sensei! ?

What does Kento do to stay healthy? He plays soccer and goes to the gym for training. When asked what’s his favourite bento, he said that when he was in school, his bento had shogayaki (ginger pork) and piman (capsicum) in it. He’s thankful to his mother for that.

His message to the students was to work hard on eating vegetables, to study hard, and play hard. “Please enjoy the Summer!”