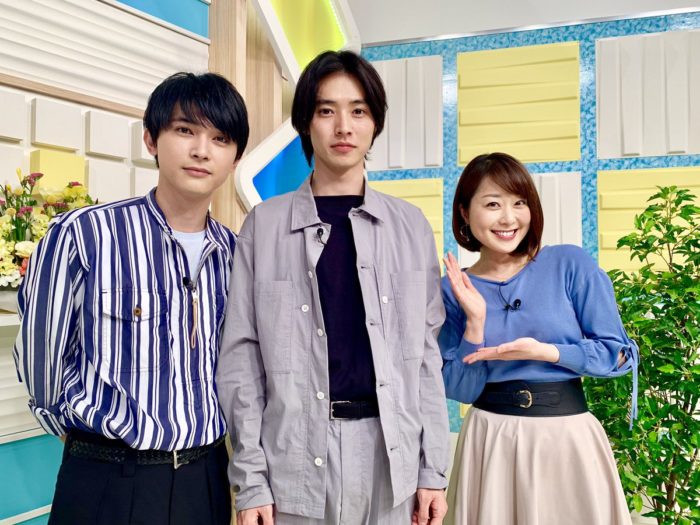 According to eye witness reports, Yamazaki Kento and Yoshizawa Ryo were at Hakata station today filming a program with Ishizuka Hidehiko. Most likely that’s for the 9 April episode of “Kayou Surprise”. Then, a tweet by FBS Barihaya! confirms that the two were indeed in Fukuoka. Kento and Oryo will appear on the program tomorrow morning, and apart from revealing inside stories of Kingdom, they will also challenge speaking Hakata-ben (dialect)! In the photo with the Kingdom duo is one of the program’s hosts, Zaitsu Hiromi.