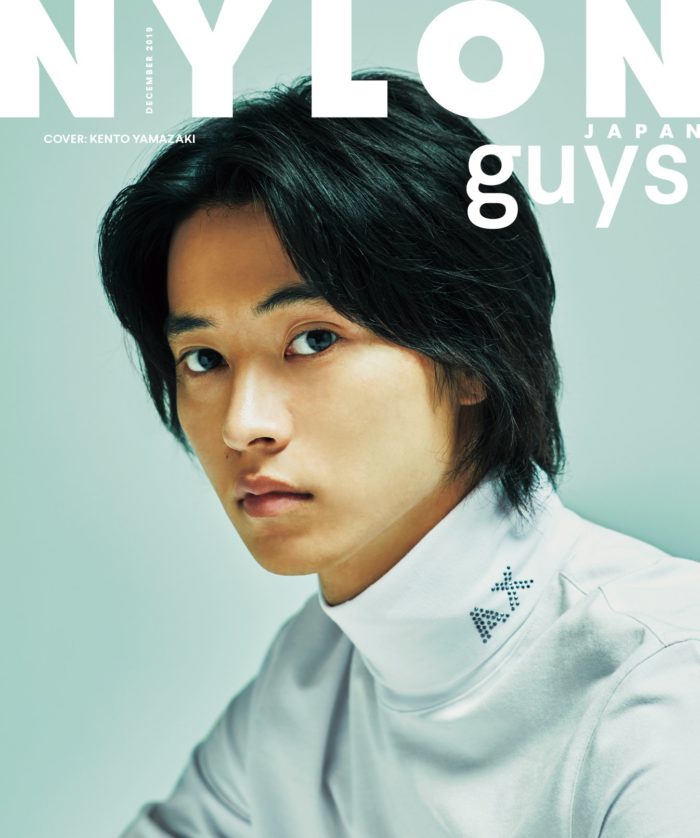 Yamazaki Kento to grace ‘NYLON guys’ cover for the first time in the ‘NYLON JAPAN Dec 2019’ issue that releases on 28 Oct. There will be a 12-page feature including a long interview. https://amzn.to/2nYRbg4 According to modelpress who released a snippet of the interview, Kento was asked if he’s read NYLON before since this was his first time on the magazine, and he said “Of course! I wanted that issue with Oryo (Yoshizawa Ryo) on the cover!”.

He was also asked about the music he’s been listening to recently and his answer was “Recently, I’m into King Gnu. I knew them because of a certain something, but whatever the case their music is really cool. Basically, I listen to a lot of rock, hiphop, reggae etc. And I guess it’s Suda (Masaki)-kun after all. He continues to make good music, I think he’s awesome. Both of them were also on the cover of NYLON before right?”