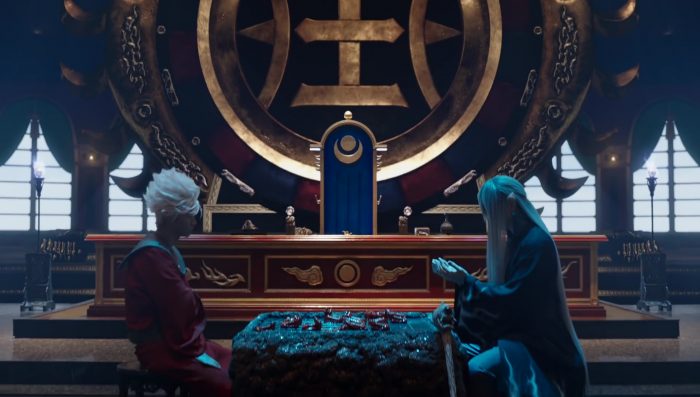 From tomorrow onwards, some costumes and props from the Yo-Kai Watch movie will be on display at the Yorozu Mart shops.

The costume that Kento wears (as Lord Enma), his blade and the shougi props will be on display as follows: