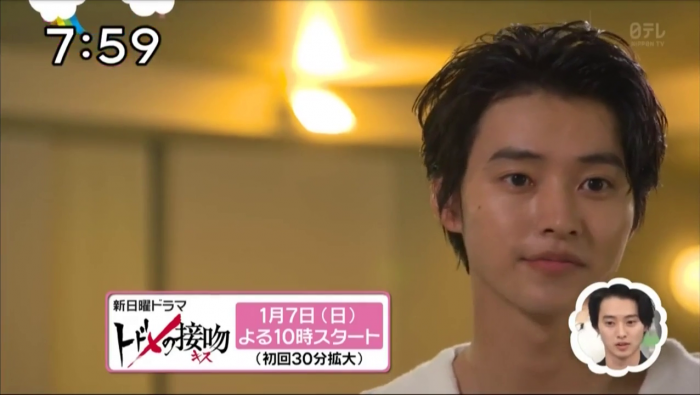 This is a cut of the ending part of the show where Kento and Mugi-chan promoted the drama. Kento said that they watched the first episode the day before and he found it interesting. Mugi-chan said that as of the first episode, her character’s name isn’t revealed yet so she’s only known as the mysterious woman who kisses and kills Outarou =D