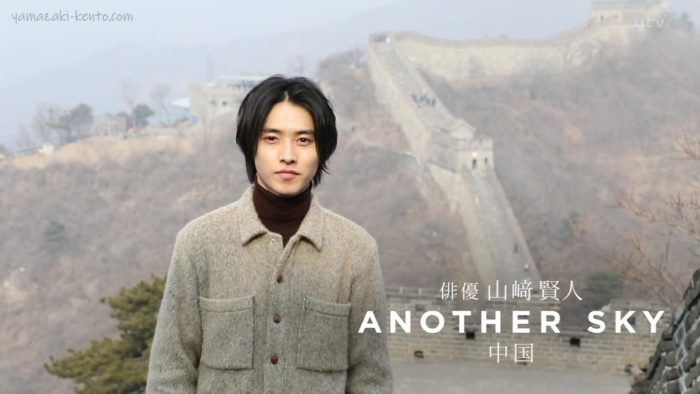 Special thanks to JPTVTs for the good quality raw 😉

In this episode of travel program Another Sky, Yamazaki Kento visits China. He returns to the studio where he filmed Kingdom about a year ago. He also visits the Shanghai World Financial Centre’s 100th floor observatory, the Shanghai Jiangnan Wushu Hall, the street where the Kingdom cast stayed at during the filming, and the spectacular Great Wall of China, a structure that’s also linked to Kingdom.

Btw, it occurred to me while I was subbing this that Kento might be an ame-otoko (literally ‘rain man’, a man whose presence always seem to bring rain) lol. In his previous guesting on Another Sky when he visited London, it rained too, and he was also holding a transparent umbrella. It was like déjà vu lol.