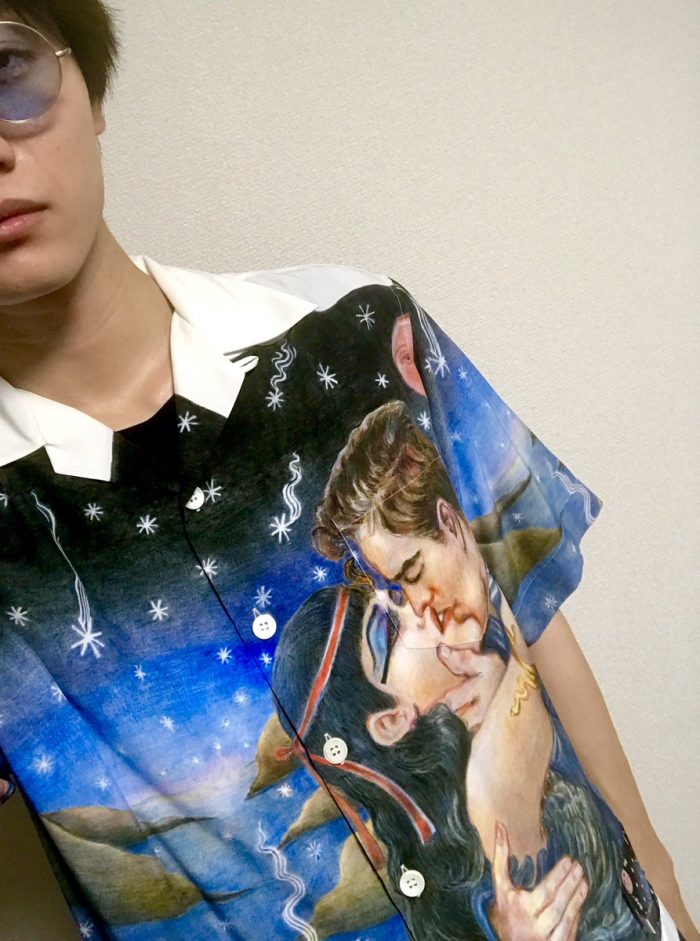 Last night, or rather, early this morning, Kento was on “Academy Night G” where he was interviewed about JoJo. I’ll make a post on that later as it’s quite a long interview to translate. Meanwhile, a certain Sakurada Dori was still on twitter at that time of the night…

Let’s wait and continue to watch TBS.
They said they’ll be showing a special behind the scenes interview with JoJo no Yamazaki Kento.
That’s just GREATーーー！！！！ [*Note: During the interview on Academy G, Kento was asked what would make him angry, like hair insults vs Josuke lol. He said he couldn’t think of anything in particular…]

Yamazaki Kento doesn’t get angry regardless of what’s done to him…?
The other day I wore this shirt without his permission and wanted to go home in it, but he got angry with me you know.
And yet he gave Kamiki Ryuu-chan a very stylish shirt~. One thought on “Sakurada Dori’s series of tweets about JoJo no Yamazaki Kento on 19 July, 2017”