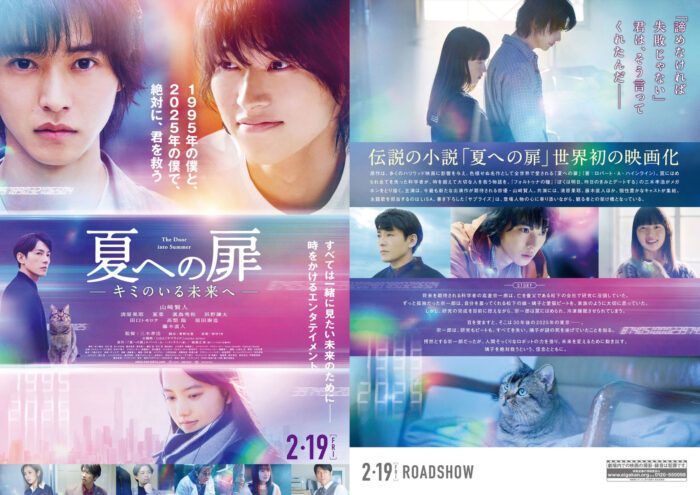 It was announced earlier today that LiSA will sing the theme song for “The Door into Summer” movie starring Yamazaki Kento. The song is titled “Surprise” and is featured in both the second teaser and the full theatrical trailer, also revealed today.

New visuals for the poster/flyer have also been revealed. The movie opens 19 Feb next year in Japan.