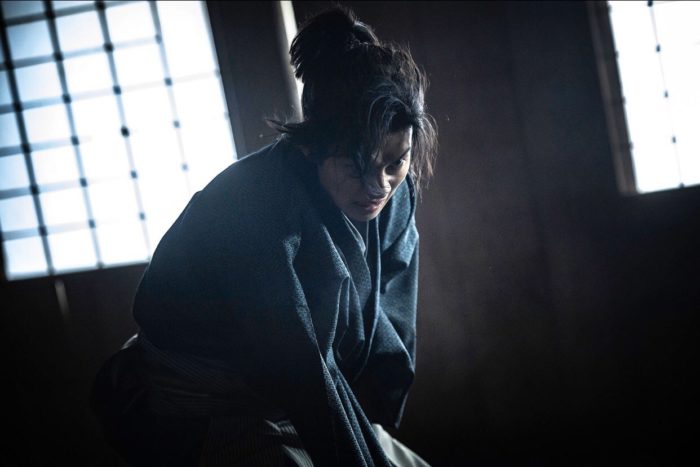 Yamazaki Kento will play his first samurai role in the movie “Kurui Musashi” (狂武蔵 / Official English title on the poster: Crazy Samurai Musashi) that will release in Japanese theatres on 21 August 2020. This is also his first role in a jidaigeki (period drama) movie. From the official website, the runtime for the movie is 91mins.

“Crazy Samurai Musashi” is directed by Shimomura Yuji, action director for “Kingdom”, and the lead actor is Sakaguchi Tak who played Saji in “Kingdom”. Apparently part of the scenes were filmed 9 years ago and the highlight of this movie is a 77-minute “one-cut” (non-stop) scene of Tak-san cutting down 400 people. Kento plays Tak-san’s rival who leads the group of 400 samurais in the fight. According to news reports, Kento filmed his scenes last year. Now we know why he was hanging out so much with Tak-san then 🙂 Stills from the movie: Check out the official site at wiiber.com & official twitter @kuruimusashi 🙂