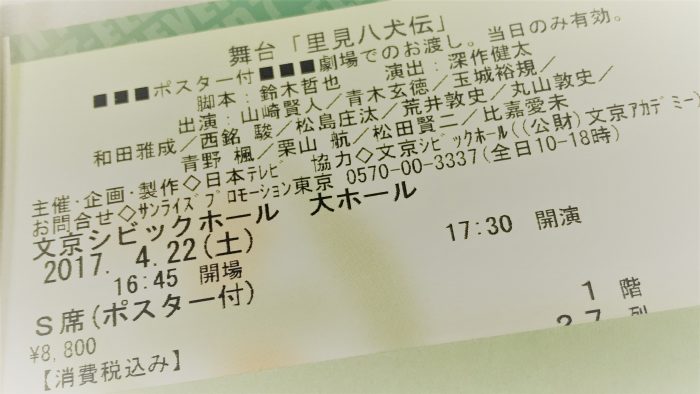 Before I forget, I’d better write about the show we attended at Bunkyo Civic Center on 22 April, 2017 @ 5.30pm. It was raining heavily and we entered and left by the underground link from the station, hence I didn’t take any pics of the buidling haha.

Sorry, all I can show is a pic of my ticket lol. Somehow we assumed that we could take photos inside but upon entry, we saw “No photography” signs everywhere… Zannen desu ne. But I noted down as much as I could, and these were the more notable people and organisations who sent flowers to Kento:

Now onto the show itself.

Pretty much the same as the Chiba Tateyama one, except a few parts:

That’s about all I could remember. Sorry if this came late.