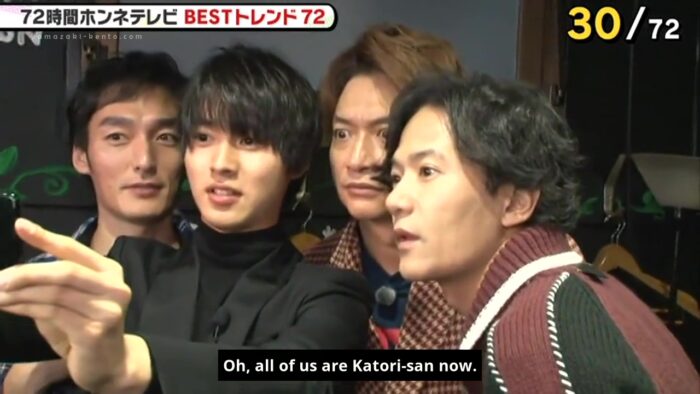 Inagaki Goro, Katori Shingo and Kusanagi Tsuyoshi (Atarashii Chizu) did a 72 Jikan Honne Terebi LIVE on internet broadcaster Abema TV back in November 2017 to commemorate the opening of their SNS accounts. Kento appeared live on the program on 3 November, just before attending the Hyouka stage greeting in Shinjuku, as he was the most followed male celeb on Instagram in Japan then.

Note: The “Ryo-san” they mentioned in this clip refers to the main character in KochiKame manga, a role that Katori played in the live action drama and movie.