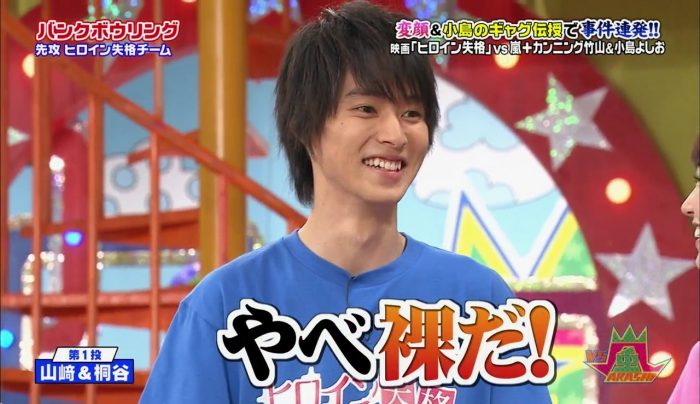 Kento’s fourth time on VSA and the only time in 2015. Heroine Shikkaku team vs Arashi. This is also the first time Kentos did the Cliff Climb. One of my favourite parts was when Nino talked about how Kento was during filming (in Yowakutemo Katemasu), and how tennen and a weird kid he was, and Kiritani and Fukuda’s reactions were like, “He’s weird, he’s weird.” XD Also the bowling game when Mirei-chan shared about how Kento walked in when she was changing. “I was wearing a beige innerwear, beige underwear, and beige tights…” (Kentos: “I thought at that moment that she was naked.”). “If I’m gonna be looked at anyway, it’d have been better if I were wearing my best underwear.” Kento said his first thought was “Oh my, she’s naked!” then he shut the door tight lol.