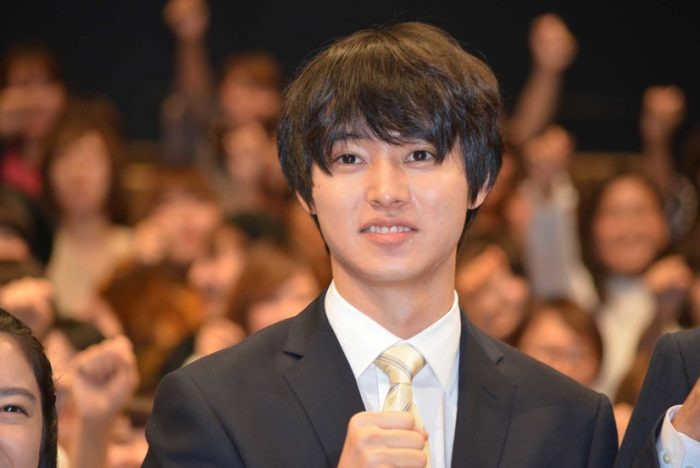 A special screening of 『Rikuou』 Episode 1 was held today in Tokyo. The cast watched the 2-hour episode together with the audience, which were limited to females. It’s been 15 years since lead actor Yakusho Koji appeared in a drama series, and he recalled the last time he acted in one back in 2002, “At that time, doing a drama series meant going through books and books of scripts which was tough, but now I’m surrounded by charismatic staff and cast who make me feel excited and motivated during the filming.” Yamazaki Kento, who plays his son Daichi, said with a smile “Yakusho-san and I, our roles will keep clashing with each other at the beginning, but during the filming he was really gentle and kind to me”. Kamishiraishi Mone, who plays his daughter Akane, said “I’m close to my father, unlike my brother”. She also said “I didn’t appear much in the first episode, so I’m really happy to be able to watch it as part of the audience today. After the screening, I felt like a fangirl when I thought ‘Beside me are the people who appeared in Rikuou!'”

One thought on “『Rikuou』 Screening on 8 October, 2017”